Standing Up for Something Good 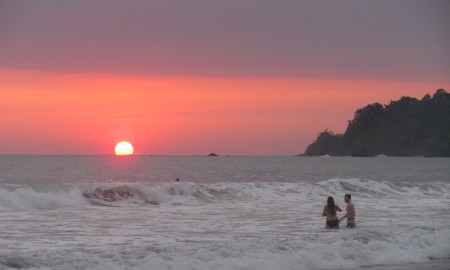 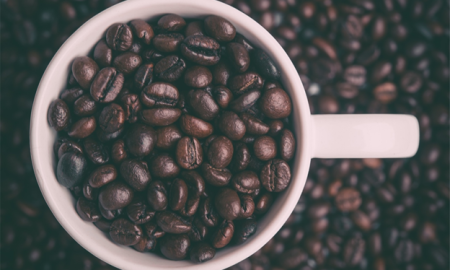 A Note from a Non-Coffee Drinker 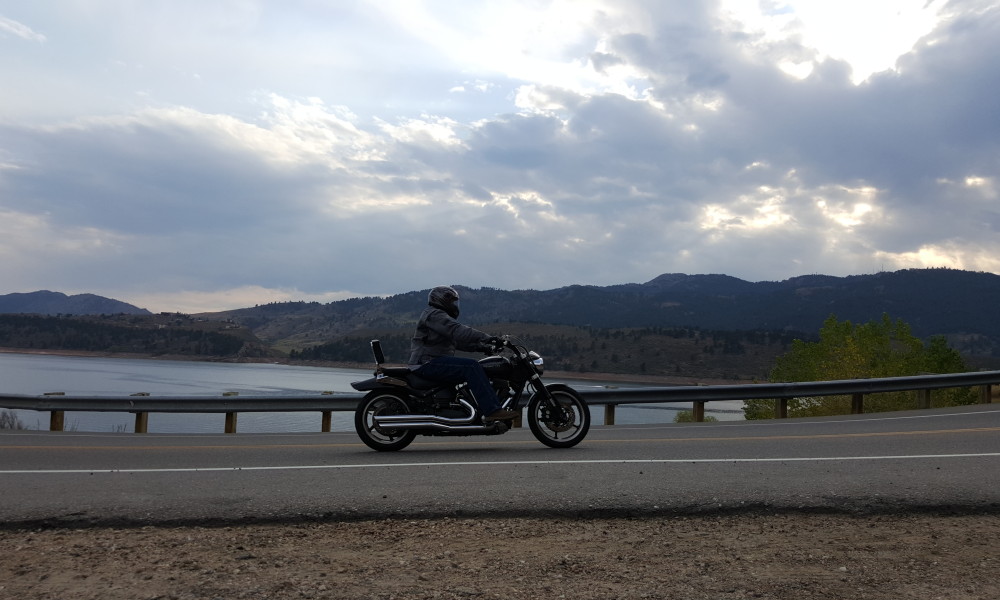 They say that it takes good people to do good things. When it comes to Mike Morgan’s Fusion Fabrication in Loveland, Colorado, he is getting ready to do some truly great things. When he’s not riding his motorcycle along the Front Range of Colorado, he’s constantly thinking of ways he can use his skills and talents to improve not only his business, but the world we all share.

Mike is the founder of Fusion Fabrication in Loveland, Colorado. The company was founded in November 2014 after Mike was unceremoniously fired from his job managing a team of welders. That was when an irresolvable disagreement with a boss left him wondering where to turn and what to do.

Needing guidance and support, Mike, a devout Christian, bent a knee to God to ask for clues that would guide him along his path. And, that’s when everything came together and the answers flowed like a waterfall into his mind. Always a man with a strong spirit and a dedicated hard worker, it became clear to him that the time had come to hang his own shingle and set off on his own path.

Over the months that followed, Mike poured sweat equity and bootstrapped the cash together to secure the equipment and facilities he needed to begin operation. He doggedly followed leads and made the contacts that have helped his business grow. It was far from easy, but from day one, it was clear that Mike was on the right path. As he says, “Everything just seemed to fall right into place. It was as if it was always meant to be that way.”

By Spring, Mike’s business was growing at a steady rate. He was getting the hang of what it means to be a small business owner. The long hours, the stresses, the joys that come from securing a contract to completing a job reinforced his commitment to his vision.

A lifelong fan of motorcycles, Mike and his wife Christine spent their free time riding their bikes whenever they could. It was their “free time” and they enjoyed the freedom being on the open road provides.

Always on the lookout for new ideas, Mike was struck with one that he couldn’t get out of his mind. A motorcycle stand that he’d seen before that he knew was good, but could be made so much better.

So, Mike and a fellow mechanical engineering buddy, Jason Habrock, sat down over beers one night and examined one of these stands. They looked over its construction, its composition, its function and at each point made notations that said “We can do this better.”

The design they’ve created is fully adjustable and very user-friendly. It features a large wheel pan that is larger than any other on the market which means it’s highly versatile. It can handle everything from dirt bikes to the largest Harley. Their current model holds a 1200 lbs. motorcycle with ease and their upgraded version will easily cradle one up to 2,000 lbs. 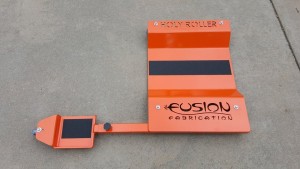 At just 56 lbs and 1/2 inch off the ground, it’s a lightweight tool that makes moving a motorcycle around considerably easier. Set upon heavy casters that roll easily over practically any surface, it is truly a mechanics dream. The cradle is sturdy and steady enough for anyone to move with ease. As Mike says, “It’s no different than pushing a shopping cart.”

With five examples of their single-prototype design completed, they eagerly released their product at Thunder in the Rockies; a small September gathering that is a highly anticipated event among riders throughout Colorado. Hoping to sell the five completed examples over the course of the weekend, they were pleasantly surprised when they sold 14 and received requests for more down the road. Fortunately, at just 2.5 hours from laser cut to powder coated finish, Mike is keeping pace with the growing demand.

At just $350, the HolyRoller as they’ve named it is something motorcycle enthusiasts can readily sink their kickstands and wallets into. The cradle makes managing multiple bikes in limited garage space an easy chore that not only saves the back and reduces strain on the knees, it reduces the possibility of dents and dings along the way. 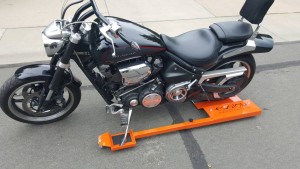 In addition to his commitment to quality and usability, Mike is committed to sourcing his materials from US companies. From the castors to the pins, every component that goes into Fusion Fabrication’s product lines are Made in the USA. As a small business owner, it’s important to Mike that he fully support the American economy that is supporting his business.

Furthermore, Mike stands behind his work and is offering lifetime warranty’s that customers can rely on. In an era when so many products we use are disposable, Mike is committed to making one that’s built to kickstand the test of time.

Throughout his life, Mike’s Christian faith has guided him through both good and bad times. As his business began to take off, he began looking for ways he could help others. Again, providence stepped in and it was during a discussion with his pastor, Dary Northrup, that Mike decided to donate 10% of the proceeds of his new venture to help fight human trafficking. He was shocked to discover just how widespread the problem has become, and just how many communities, including those in Northern Colorado that are affected.

If you’re looking for a good quality product made by a good man who is making a stand and taking a stand at the same time, then Mike Morgan of Fusion Fabrication is someone you will want to contact. It’s certainly a company whose quality, mission, and values is a breath of fresh air other small business owners are eager to emulate.

For more information about the HolyRoller, contact Mike at Fusion Fabrication by calling 970-690-6856 or paying a visit to Holyroller.biz. He’d be glad to speak with you and tell you all you want to know about these fabulous stands and his plans for his business’ future.