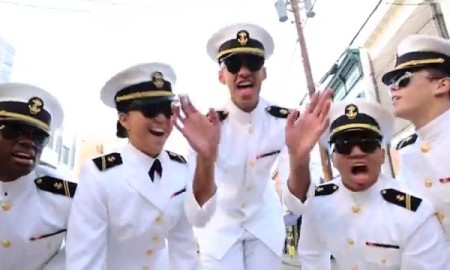 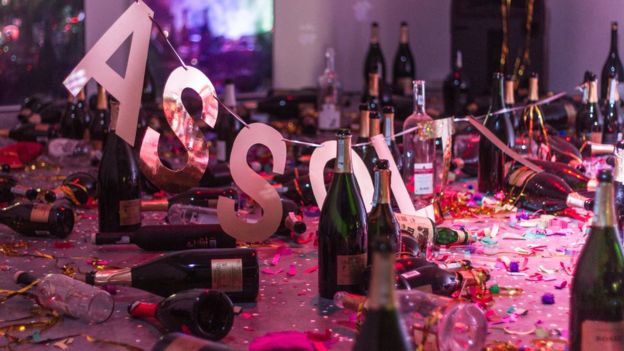 Who doesn’t love art? A good piece of art speaks to the soul and opens the mind to a world of possibilities. Well, good art does that. Art that’s, well, not so good? It’s enough to make you scratch your head and wonder just how long the artist has spent hiding out in the hills of Colorado enjoying a Rocky Mountain high.

Such is the case with the most recent piece of art the artistic duo of Goldschmied and Chiari have produced. Or, I should say, strewn about the floor of the Museion Bozen-Bolzano in Italy while having the audacity to call it “art.” In reality, it’s garbage that they’ve chosen for its vibrant color and white, powdery texture, then thrown on the floor to make it look like the aftermath of a 1980’s era party. Apparently I’m not the only art connoisseur who thinks this work of art is a piece of work that the world really doesn’t need to see. The janitor at the museum did the world a favor we can never fully repay when he took the duo’s creation and did what any sensible person would do…he tossed it in the trash right where it belongs.

Talk about a harsh critique. Not even Gene Ebert’s thumb could deliver such a strong condemnation. To be fair, the duo has produced some good pieces of art that have required some talent to produce. They’ve also produced a fair amount of, for lack of a better word, crap. Among my favorites are “Smoke,” which is nothing more than a colored smoke bomb that emits, well, smoke. Apparently, you’re suppose to smoke a joint, stare into a picture of the smoke they call “Medusa,” and commune with your inner soul. I guess if you do that, you might consider it “art.” Personally, it just leaves my heart stone cold.

The janitor is now in hot water for throwing such a marvelous piece of crap in the garbage. Personally, I think the museum should give him a promotion. He clearly has bigger balls and a bigger brain than the curator of the museum who allowed the duo’s crap to be displayed and for tickets to be sold to unwitting tourists who were charged admission to see crap on display.

Of course, this latest faux paus in the art world really should be raising heads. In the past few years the art world has lowered their standards as to what is considered art, and what is, well, crap. Case in point: “Unmade Bed,” which sold for $4 million at Christie’s last year. If you didn’t read that story, here’s the summary: Girl has bad break-up, doesn’t make bed, leaves bed unattended for 16 years, puts it on display, and then sells it to someone with waaaay too much money to spend. She then takes the $4 million, calls the ex-boyfriend and says “Nanee Nanee Boo Boo!” Heck, if this guy wanted an unmade bed surrounded by underwear, condoms, and boxes of half-eaten fast food, I would have sold him mine for the bargain price of $3.5 million, no questions asked. I’d even deliver it for free.

As someone who loves both art and zombie movies, I would seriously advise these “artists” to knock it off. Michelangelo, DaVinci, Van Gogh, and all the other masters of the craft are turning in their graves. I’m just waiting for the moment when they can’t take it anymore and come looking for you. On that day, I’ll be standing by with a camera to snap my latest work that I’ll entitle, “Zombie destroys pop culture.” I may even take a selfie and post it to Facebook…