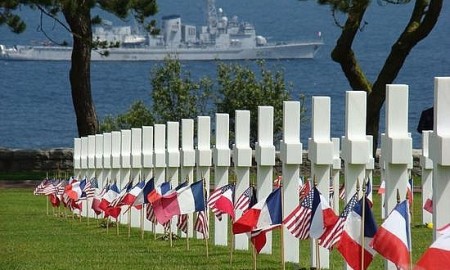 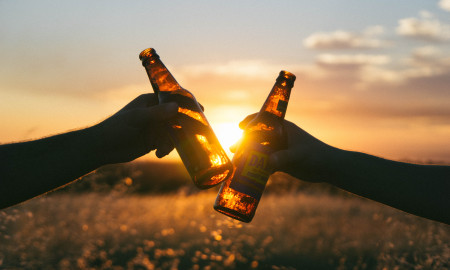 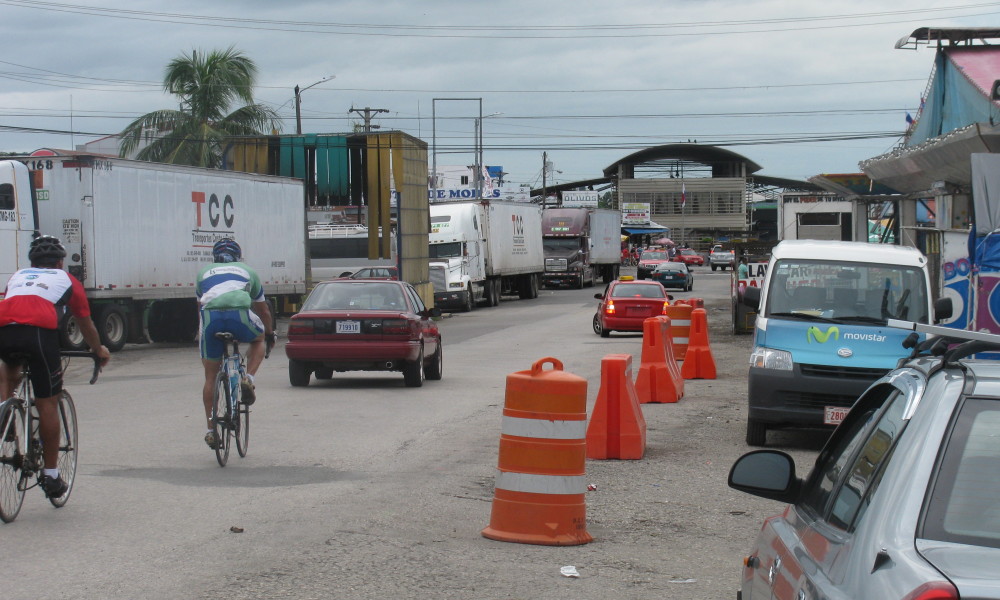 You know you have a travel addiction when you know your passport number by heart as you go through customs, but can’t remember your family members birthdays. I’ve traveled so much that I have nightmares about filling out custom forms and going through those odd little bag checks. The way I look at it now is that if some stranger wants to rifle through my dirty socks and undies after I’ve spent a week on the beach, who am I to argue? I just wish they’d start offering a laundry service. If they did that, customs checks might not annoy me so much.

The border between Panama and Costa Rica is a bit like organized chaos. Ah, who am I kidding. It’s a damn free for all where even the initiated traveler needs a seasoned Sherpa and team of bodyguards to get through. Even then your odds of surviving are still 50/50 as evidenced by the white crosses that line the 400 feet of highway between the two border posts. The area is like a cross between a carnival, a circus, and San Quentin rolled into an hour long pain in the ass. Come to think about it, it’s a little more like San Quentin.

I’ve been through plenty of customs points, however, this one takes the cake for being a pain in the butter. You start by filling the customs forms out on the bus. Simple enough. Name, rank, serial number, no I’m not traveling with a banana orchard or any oxen in my bag. Drugs? What drugs?

Once you arrive, they whisk you into a small room with about 100 other weary travelers in it. The room isn’t much bigger than a large living room without windows and lit with lights bright that I swear their hourly power consumption could be measured in gigawatts.

This is the bag check room. It’s ringed with two angry guards who look like they haven’t been fed in a week. That wouldn’t be so intimidating, but with machine guns slung over their shoulders, I’m praying they don’t make a move for my cookies.

There you wait…until their equally angry looking German Shepherd comes in, sniffs the bags, and bites any that he thinks might have cookies. Fortunately, he left mine alone. I guess he doesn’t like Pepperidge Farm or doesn’t remember how good a nice Milano tastes. I consider it his loss and keep my mouth shut.

However, he does bite several other bags. The handler promptly ignores these bites. It’s clear this is more of a formality than a globally recognized procedure to stop drug trafficking.

It’s Central America. They do things different here. If it were America, the land of the free, the owners of those bag would already be being subjected to a full body cavity search and credit check.

It’s clear to all of us in the room that the dog is on the take.

Once the surprisingly “thorough” drug check is finished, it’s time to pay the tax man. $1 for the stamp which they pass out in line. The German gals behind me are not happy with just one, so they buy five. Meanwhile the other American and I demand to speak with our congressman as neither of us remember voting for this usurious tax.

After we’ve greased the wheels of Central American economic efficiency, we walk to Costa Rica. It’s about a 200 yard walk down a busy street lined with vendors. There’s even a carnival set up. Not for fun, though. Apparently, Costa Rican customs has insisted they set it up before allowing it to enter the country and prove that everything works. This is after having done the same thing just a few hundred feet away on the Panamanian side yesterday. In both cases, customs officials invited their families, friends, and any foreigners with hard currency to come and test the rides to ensure their safety and make sure that they’re not any more fun than bump bump bumping down the highway. 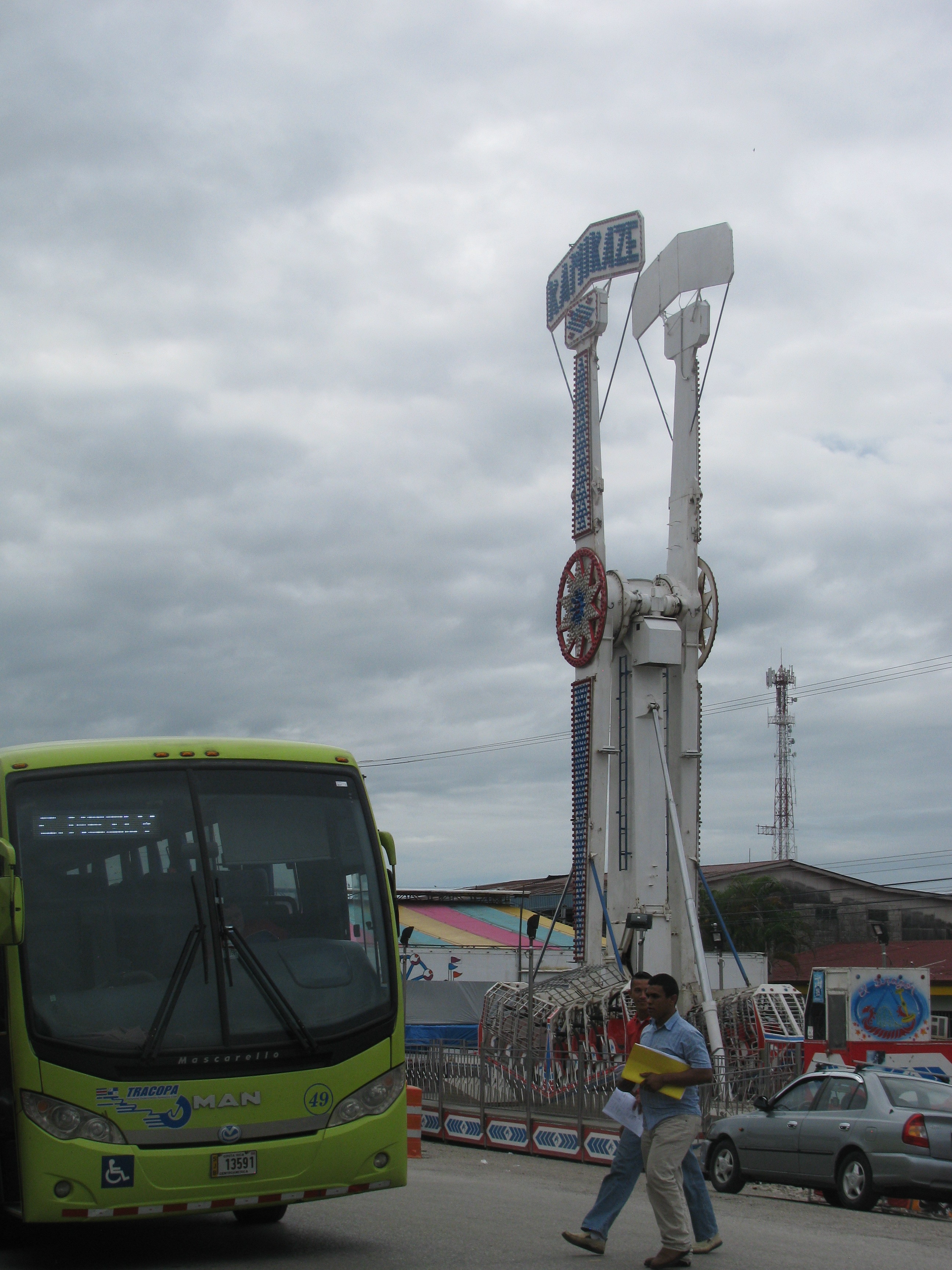 The carnival Owner is not happy and neither is the customs official.  And I think I hear him screaming at the customs agent.  “You let kilos of drugs through here at a time! Your dog goes home stoned every night…but you won’t let us through. The customs agent merely shrugs and says, “What can I say? Carnivals are dangerous, man.”  In my exhausted state I find his logic strangely enlightening of the Twilight Zone I’m passing through.

Finally, I’m going through customs myself. There’s another passport check, a review of the forms filled out in triplicate, notarized by a 3rd generation medicine healer attesting to the fact that I don’t have yellow fever, there’s another stoned dog, and one really bored customs agent who looks at my bag and says, “Yep, it’s a suitcase. You can go.”

I’m relieved. I was worried he might have discovered the tilt a whirl I had stuffed inside an aspirin bottle.

Then, weary eyed and cranky, we all pile back into the bus. The whole process took two hours. The kids are pissed and whiny. They wanted to ride the carnival rides. But, it’s the adults who are crankiest. Were trying to figure out whose bags the dogs tried to eat and the sweet little old lady in front of me has stood up and begun giving a lecture at the top of her lungs.

With my limited Spanish, I can’t tell if she’s preaching about the virtue of sharing, or inviting us to behold the salvation Jesus is offering this Thursday at the San Jose Temple, Casino, and Bingo Hall of Mary Guadalupe Hidalgo Ramirez Jones. Either way, she’s smiling, so we’re smiling; we know that there are just four more hours to go before we will never see one another again.