Can You IMAGINE What the Ghost of John Lennon Said? 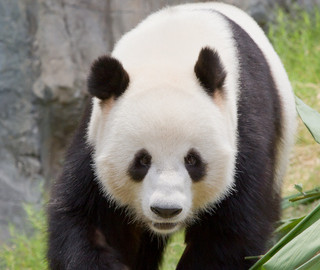 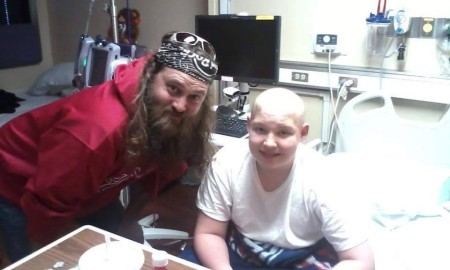 It’s October 9th, 2015. If John Lennon were alive today, can you imagine what he would say about the world we’ve created. Would he be pleased? Would he be surprised? Would he say that we’ve done all we can to make this world a better place for ourselves, our neighbors, and our children?

Alright, that’s a lie. I was speeding down Highway 1 in a cherry red 1965 corvette convertible on my way to Monterey for a date with Katie Perry. But, I digress.

As the tuner tuned in on a playlist from Sgt. Pepper’s Lonely Hearts Club Band, I looked to my right and there was hippie era John Lennon sitting beside me. He was smiling as he looked off at the peaceful waters of the Pacific. His long hair blowing in the wind, his eyes shined like fire as the glint of the sun reflected off the rims of his signature round sunglasses.

He didn’t say anything at first. He just sat there with a smile on his face. I, of course, was busy fumbling through the dash for a pen and a piece of paper. I mean, come on. How often does a dead celebrity show up in your dreams? I wanted an autograph.

And, he just sat there. We drove a few miles before he looked over and said, “You know, I never imagined this would be what the world would be like in 2015.”

Curious, I asked, “What do you mean?”

His face turned up into that famous grin and he said, “Well, for one thing, I’m glad the Soviet Union is history. The whole Eastern Bloc was repressive and oppressive. It needed to go.” Then, his face turned pensive. He said, “But, the United States? What happened? The Patriot Act? NSA? TSA? NDAA? Iraq? Afghanistan? What the hell is wrong with you people? Do they not teach history anymore? Do they not teach the lessons of Vietnam?”

I just nodded and let him talk. While I know there are things we’d agree on, there are plenty we wouldn’t and I have a policy about debating with the ghosts of dead celebrities. I’m still smarting over a black eye the ghost of George Burns gave me a few months ago.

So, I just listened as he continued. He said, “Now, medicine. That’s come a long way. You can do some truly amazing things with a little bit of science. But, I’m also disappointed. AIDS? It’s been 35 years and they still haven’t found a cure. Sure, the treatments are better, but come on. And, don’t even get me started on the cost of healthcare. It’s ridiculous. It’s like the pharmaceutical companies, hospitals, insurance companies, and legislators are out there to screw the people out of their money. Seriously, Martin Shkreli is a total asshole!”

With that, he turned off towards the water again and said after a brief pause, “Now, technology. Wow! Never would have imagined some of the inventions they have come up with. MP3’s have replaced records. Television now gets streamed over the internet to cities around the globe. And, Facebook? Man. If we would have had Facebook in the 60’s Woodstock would have been so much bigger. And, the Beatles? We would have gone viral long before we ever set foot in Ed Sullivan’s studio.”

“But, what do you do with it? Do you share good information? No. You share pictures of cats and tell everyone who you’re screwing, what you ate for dinner, and argue politics with your friends and family. Come to think of it, Facebook would have fit right in during the 60’s.”

As I was comfortable speaking up a little more, I asked, “What would you tell Julian about the world you want him to live in?”

He said, “Well, first I’d tell him I was proud of him. The White Flower Foundation is doing some truly impressive things. They’re continuing the work I was doing. I’d also thank him for being kind to Yoko and Sean. I’d also tell him to shave. I mean, come on man. With the royalties from my old albums and you still can’t afford to buy a razor? Jesus, John’s cheap, but even he would loan him a few bucks for a Bic”

We chuckled and then he said, “And, I’d make amends with my mates and dates. I’d tell them I miss them. I’d tell them that I’m sorry things ended the way they did. I’ve had a lot of time to think about the things I did, and didn’t do.”

He laughed and said, “Well, he was. Then one day he bet Jimi Hendrix and St. Peter that he was a better guitarist than both of them combined. He lost. He was reincarnated as a warthog. S0mething about a strange and most certainly drug inspired video he made back in the 80’s.”

So, I stated, “Well, you weren’t exactly an angel, either. That Rolling Stone cover ring a bell?”

He laughed and said, “Acid man. It was a dare. Glad Nancy Reagan got that whole ‘Don’t do drugs thing out there after I was gone. Could have used that tip. The 80’s were proof that a good message delivered by the wife of a popular actor, sorry, politician, are effective at reducing drug usage. The 80’s would have really BLOWn without that message.”

And, drugs today, I asked? “Colorado. John Denver was right on! It’s a true Rocky Mountain high these days! But, he still sucks at flying. I mean really? You build a plane in your garage and you’re surprised it crashes? Country musicians were never the brightest.”

And, with that, he faded out. That’s it. That’s what the ghost of John Lennon told me last night. Take it for what it’s worth, but for me, it’s proof that there is life and humor even after death.