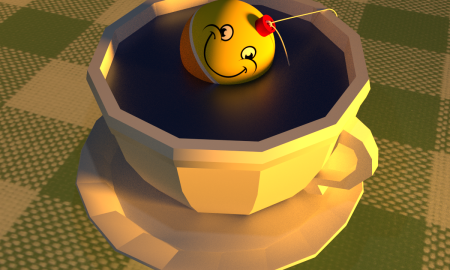 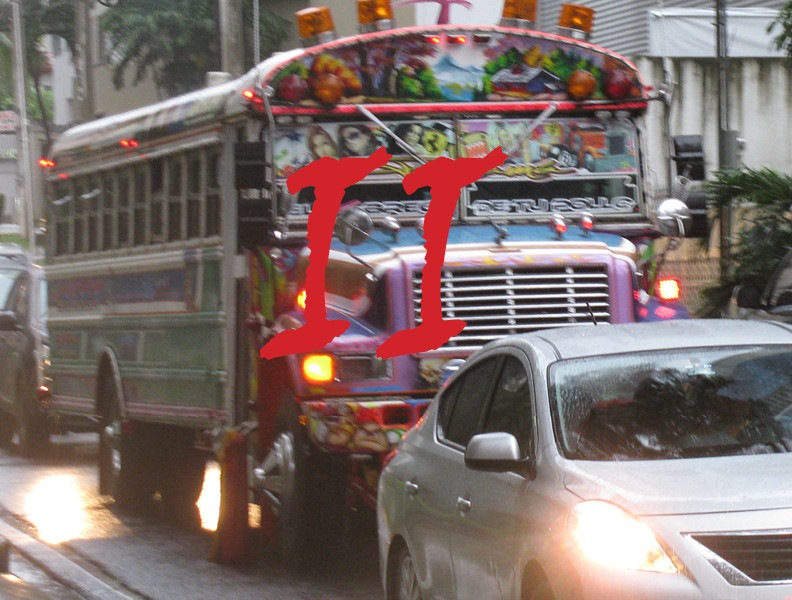 Pan-American bus drivers are funny. For instance, I find it funny that our driver is not wearing any pants. We just stopped at a roadside freole and fix-a-flat stand and he is putting them on as he exits the bus and walks up to the counter. I’m not sure why he’s not wearing pants, but on this trip I’ve learned not to question things too much.

In all honesty, I have no room to question why he isn’t wearing pants. I once drove across Utah in a convertible without wearing pants, so I understand the feeling of freedom that comes from driving commando. But, still. We’re on a bus. There are children present and quite frankly there are some things we adults don’t even want to see.

We’re 8 hours into this journey from Panama City to San Jose. Only 362 days to go. I’m starting to understand why the British give their sailors rum. Put a bunch of people in a confined space for a few hours and someone’s going to need a drink. Speaking of which, my bottle’s almost empty. I only hope I’m sober enough to remember to get more at the next stop.

After being lulled to sleep by the “bump bump bumpity bump bump” of the road, I awoke to discover the woman next to me embracing me with one arm and clutching a teddy bear in the other. There’s something cute and oddly creepy about a 40-year old woman who sleeps with a teddy bear. I just wish I could remember her name. It’s not that I don’t feel loved, nor the first time I’ve woken up next to a strange woman clutching my arm, but still, that usually only happens after I drink more rum. But, as the flickering lights of the highway filter fingers of light into the cabin it’s becoming clear that I may have drank more rum than I really want to remember.

Even though we’ve only slept together once, I’m genuinely concerned about her safety. The two-year old across the aisle is eyeing the teddy bear with a look Bella Lugosi would approve of and I haven’t seen her brother in the past few hours. As predicted, the seat wars broke out a few hours ago. It was ugly and there were casualties; two bags of chips, something that looked like a licorice twist, the sweet li’l ole lady in seat 12 didn’t make it, and a bottle of soda that was sprayed over those of us unfortunate enough to have a front row seat to World War III.

I’m praying this girl’s brother is hiding in the overhead compartment, but I’m too scared to look for the li’l guy. I don’t want to end up on this girl’s shit list. Earlier I thought it was tiger blood running through her veins. That was before I saw her in action. Now I’m quite certain she’s a full-fledged vampire…and in my absent minded state I forgot to pack the garlic. Fortunately, I am wearing a crucifix so I’ve got that going for me.

However, the pint-sized terror is the least of my worries right now.  The woman in front of me has decided to take her shoes off and recline her seat all the way as she snores her way to San Jose.

To seasoned travelers these are crimes tantamount to murder and they must be punished. Combined, they are a form of chemical warfare banned by The Hague Convention and specifically referenced within the fine print tucked within passports that no one ever bothers to read. I decide that I must retaliate to such gross violations of international travel standards. However, it was raining all day and my Doc Martens (insert shameless product plug,) are soaked through and through.

The combination of leather, sweat, water, and rubber are creating fumes I am certain are more lethal than annoying. Removing my shoes right now just might cause an international incident and result in Han Blix meeting me in San Jose to inspect my suitcase.

It’s a good thing that I’m passive aggressive so I consider this to be an opportunity to relieve the aggression I build up when I’m being passive. It’s like a release valve that allows me to be really nice person while still being a periodic asshole without doing something that would end up sending me to prison. It’s a medical condition but Pfizer hasn’t made a pill for it yet. Quite honestly, I could use that pill right about now.

Fortunately, I have an oversized bag of pistacchios that I bought at the last roadside truck stop and bang a hooker in the bathroom stand. I love pistacchios but never can quite figure out what to do with the shells. So, to relieve my boredom and smoldering aggression I’m flinging them over the seat hoping to land one in her mouth. 10 points for Griffendor! Just one goal and the rest of us might get some sleep. Well, until I fall asleep at which point I’m going to show this amateur what a real freight train sounds like. Fortunately for me no one else is eating pistachios.

On another note, we are so fortunate that burrito butt has packed a few extra for this trip. He’s fuming up the bus so thoroughly now that I’m afraid if I were to light a match that we’d be the first bus on the moon. So, if future generations of mankind find this iPad embedded on lunar soil and manage to turn it back on, know this: I did it. I lit the match. The two-year old in seat 14 was a vampire and I did it in the name of all that is good and holy in this world. But, please, don’t name a school or a stadium after me: I’d prefer a bus station. I want others to think of me and shiver in terror as they begin their own journey on what I am now quite convinced is the most hellish form of transportation in the history of mankind.