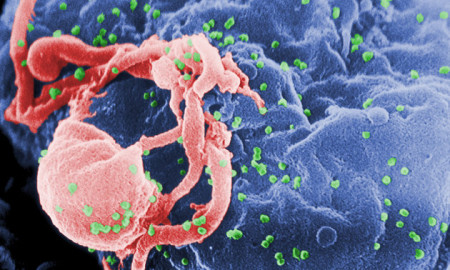 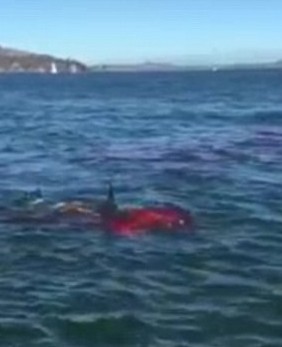 Deciding that it was simply unfair for Spain to corner the market on stupid human tricks by having bulls chase idiots through the streets of Pamplona, San Francisco Mayor Ed Lee has announced the First Annual Swimming of the Sharks to take place in San Francisco Bay.

Explaining his plan, the trailblazing mayor remarked, “We realized Spain was onto something. Every year, the Running of the Bulls generates millions of dollars in revenue. It also manages to clear the underpasses, train station platforms, and European park benches from Paris to Berlin of those filthy backpackers for a week. We have a shortage of housing in our city as it is. We have absolutely no room in our nursing homes. I mean, we’re stacking old farts two to three to a bed and we still don’t have room. So, we’ve invited the city’s elderly and destitute to participate. In other words, we’re heavily recruiting participants from UC Berkeley.”

On the morning of October 24th at 5am, Rabbi Chaim Moskowitz MolaRam will perform the world’s first Kosher sea slaughter aboard a pontoon boat anchored at the entrance to San Francisco Bay. At 7am, after the blood of the honored sacrifice has chummed the water for a while, the geriatric participants will be given “special” brownies donated by the MaryJane Bakery and Video Game Depot. Swimmers will then enter the waters off Alcatraz Island and make a beeline for shore.

According to Mayor Lee, “This is the most exciting event to be televised live around the world since the fake moon landing. It’s that big. We’re so excited to announce that Red Bull will be bringing in a blimp and blasting Led Zeppelin’s Stairway to Heaven high above the event. Aboard will be filmmakers from Discovery Channel who are eagerly seeking ways to make Shark Week more exciting next year. This is huge!”

Adding to Mayor Lee’s sentiment, President of Discovery Communications David Zaslav said, “We’re still hurting over that fake megaladon documentary and this year’s Shark Week was a dud. Live action is clearly where it’s at and that’s where we’re going to take Shark Week from here on out. The fans have spoken and we’re going to respond!”

As a special bonus to this first annual event, Kiefer and Rossif Sutherland, the children of actor Donald Sutherland, have enrolled the aging and slightly arthritic actor in the event. The embittered and ungrateful brats are quoted as saying, “Cheap jerk hasn’t given us a penny of the money he made from The Hunger Games, nor has he managed to secure dates for us with Jennifer Lawrence like he promised THREE Christmas’ ago. We’re hoping the odds aren’t ever in his favor for this historic primetime special.”